I lost track of time during the holidays and therefore left behind at least two Disney posts. I can summarize one of them in one sentence: I am a hotel snob and like a really good bed/pillows/bathroom and Disney moderate resorts does not provide that. End post.

The second post is the pintrading post. Disney has this fantastic gimmick - you wear a lanyard covered in pins around and you trade with park employees who also wear the lanyard. I have a really hard time putting in to words why this is fun. I researched it prior to our trip and decided against participating - it was just too intense. See here. Loml and I chatted about it occasionally and I ended up just deciding not to invest in a lanyard and pins to start me out.

And then one night in Disney, loml showed up at dinner with a pin for me. And it snowballed from there.  I ended up with this: 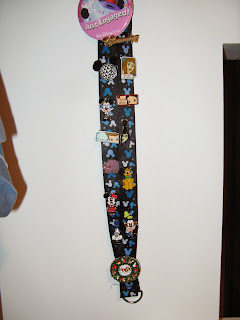 The spaceship earth mickey pin is where it all started. All things considered, I probably spent...$40 or $50 on pins. That's right - Disney is GENIUS. I bought a bunch of "starter" pins and traded all of those away. In the end, I have only 4 pins here that I originally purchased - loml's spaceship earth, the mickey and goofy nerds and the Epcot christmas pin at the very bottom (it spins!).

It took a full day to get up the nerve to actually ask a cast member to trade a pin (I was scared out of my mind). I found an old man, told him I was a newb and he treated me with love and tenderness.

Eventually, loml fell down the rabbit hole with me - he fully researched the world of cast member only pins and helped steer me in my trading selections.  I ended up with 5 "hidden mickey" cast member only pins - the two "bowling pins", the two weird eye license plate princesses and the weirdest of them all, Aurora's quote ("Okay, okay, I get the point"? Pin pun?).

Scoping cast pins was fun and the pin gimmick is just my kind of gimmick - hands off unless I take the initiative. It really is amazing to me how Disney can find something for every range of ages to drop money on. And I will do it again, next time I'm in the parks.
Posted by Katie at 3:47 PM No comments: 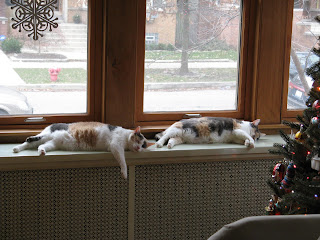 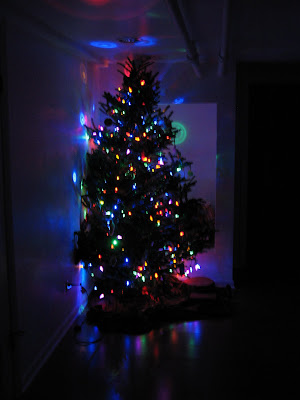 Katie bliss = real christmas tree with a ring under it.

I'm a bit hampered by what to even start talking about with regards to Disney World. So I'll just start. I've been quite a few times and I plan to go again. As kids, Disney, for us, was a super special vacation, I went twice in my childhood. It's funny, I don't remember too much - I remember having an autograph book. I remember a real live duck visited the porch of our villa at least once. I remember a character breakfast that was Aladdin themed. That's about it. Those trips were awesome for me as a kid.

And I aged with a hearty appreciation of Disney still. It's pretty amazing what they do there. And on this trip, we took the Keys to the Kingdom tour. The tour where they don't let you take pictures while you go "backstage". We went into the tunnels under the Magic Kingdom. I learned a lot on that tour (like the fact that those tunnels are fairly small and packed with stuff, while golf carts buzz through full of maintenance staff). It takes a lot to keep the park running/clean (including a trash machine where they put all the garbage, it gets shot to a backstage location and processed). I'm not sure what else to say about the tour except that our guide Sean clearly loves Disney and at the same time was realistic about it (seemed like he had bad feelings about Eisner). On several occasions we met people who had been working at the park or their attraction since it opened. Loyalty.

Really, when you compare the cleanliness, staff and decor of Disney with Universal Studios - it's no contest. Disney wins in every category. It's hard to go there and not feel happy.

That being said...loml at Disney was something. He didn't like the pace or lines or the food (which, kind of a given, most of that food is mass produced fare). He felt the vacation was too long by several days. And he napped hard every day. But I think he liked it more than he expected. He was dreading long lines and we rarely waited in lines of any real length. The longest we waited was 40 minutes, for Toy Story Mania (good ride, worth it). After that, I think most lines were barely any wait to about 15 minutes at the longest. It was, really, a dead time of year. I think the lines were a big dread factor for him and once that was clearly not our style, he lightened up. He even said he'd go again...though he said probably only for a few days and then he'd leave. That's success if you ask me...
Posted by Katie at 9:21 AM No comments:

Ron Weasley and I were in love last night in my dreams (not Rupert Grint, Ron Weasley) and so now seems as good a time as any to talk about Universal. One of the most exciting parts of our vacation was our plan to visit Universal parks (both Studios and Islands of Adventure) to see The Wizarding World of Harry Potter for the first time. And to put the cherry on the top of the excitement, my Dad generously offered to send us in style - VIP Tour style. What this meant was that we walked around with a guide for 7 hours and she let us in the exit of every ride. We skipped every line. Even the wand experience line! It was pretty fabulous and we were on the receiving end of a lot of questioning glances...and one or two dirty looks. Really, most of Universal was fun, but it's really not so...magical as Disney. I highly enjoyed almost all of the rides we went on and feel like ET is the classic, lovable ride that I remember while the Simpsons was the new break out favorite. But who cares about that.

Hogsmeade! It was really everything I had hoped. They did a fantastic, fabulous job on it. Some pictures of the buildings and such can be found at my brother-in-laws iPhone blog here. In particular, Hogwarts. I don't want to run through everything, so here's just my main feelings:


Verdict: Awesome! Love! So glad I went!
I should warn you that these Orlando vacation posts will only get nerdier, so if this is too nerdy for you, watch out. I'm about to go way down in your eyes as far as coolness goes. Being cool is pretty damn stupid when you can be off having fun instead. Like these HP nerds:
Posted by Katie at 7:59 PM No comments:

I have Disney posts in me and I can't seem to get them out. I suspect this is because the beds in the Disney compound inhibited my normal 8 hours of sleep. The bed was hard, the pillows not great and my back, chest, arms, legs, all eventually got pretty knotted. I also had some pretty bruised/blistering feet by the end. This led to cranky time and the need for recuperation.

Disney world is not relaxing.
Posted by Katie at 9:26 PM No comments: